Can the city become a symphony? Electric cars are increasingly using synthesised sounds in order to mimic the recognisable noise of the internal combustion engine. I explore an alternative in which the sound that the cars generate changes according to its relationship to other road users and the environment.

A traffic simulation is used to power the movement of vehicles through different sections of road networks in London. From a street level perspective the motions of traffic combine the sounds to create soundscapes that are unique to the place and time. The roadside becomes a new context for sound – the city is the score. 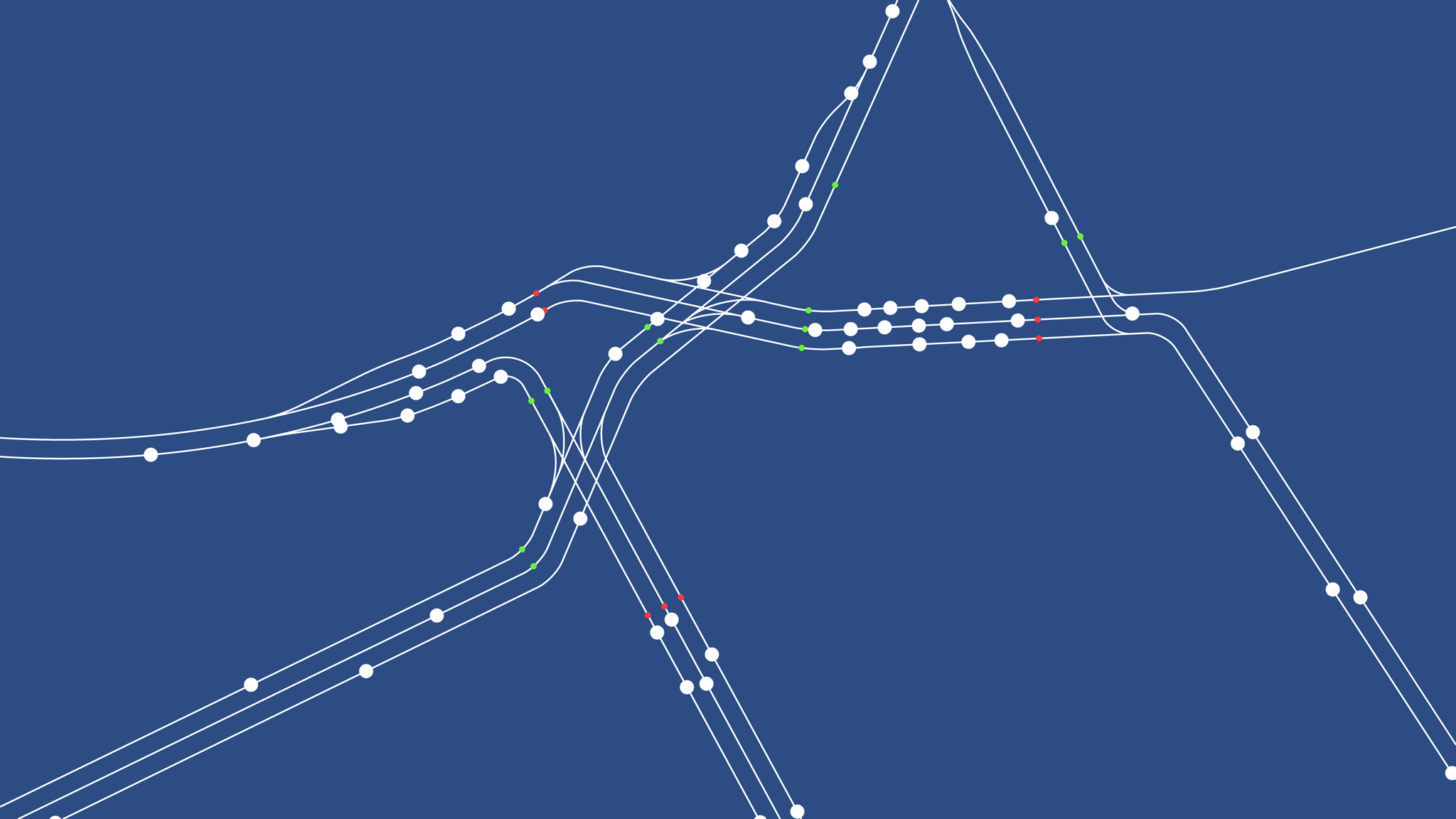 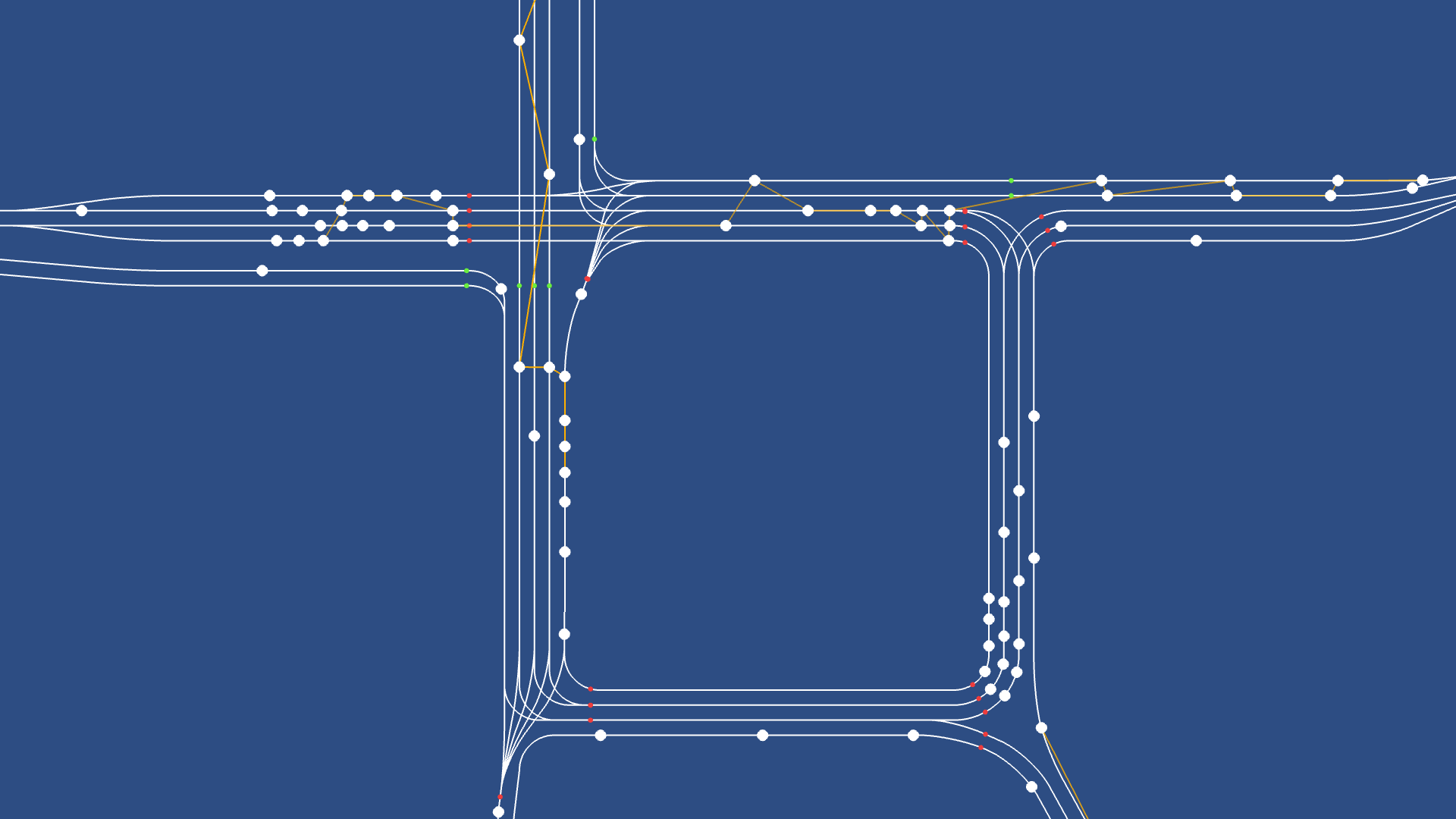 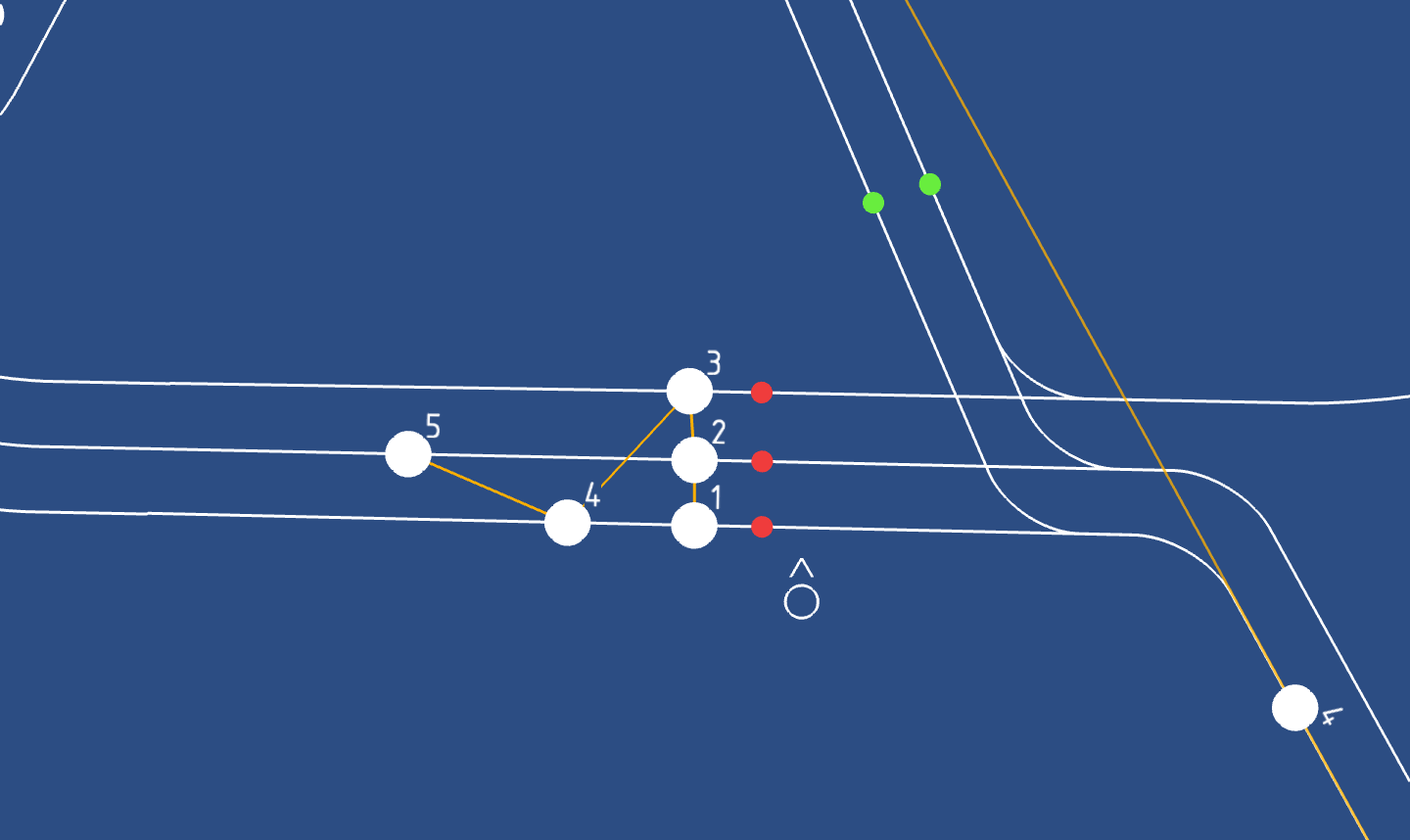 Vehicles group themselves in an ordered sequence depending on direction of travel. 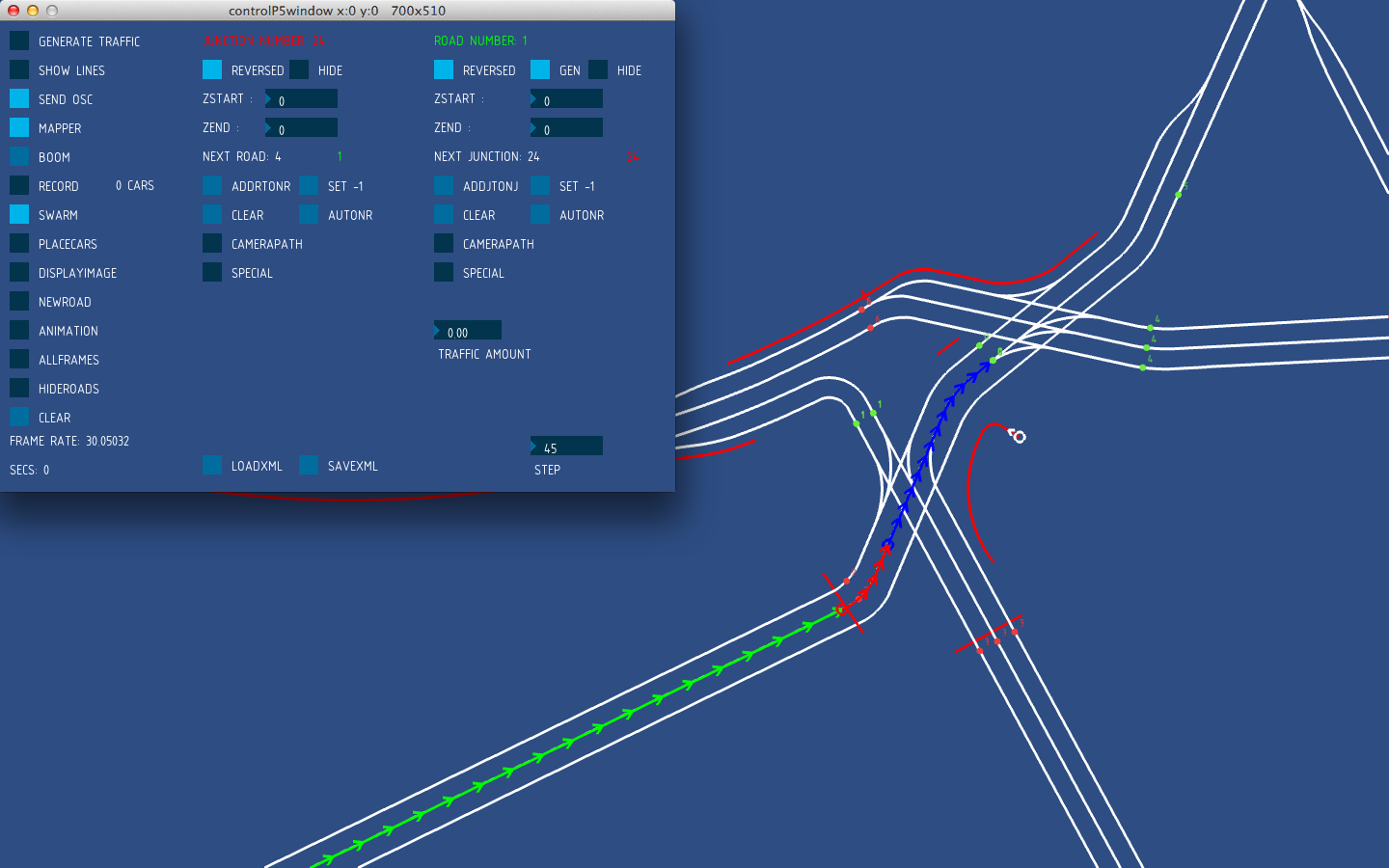 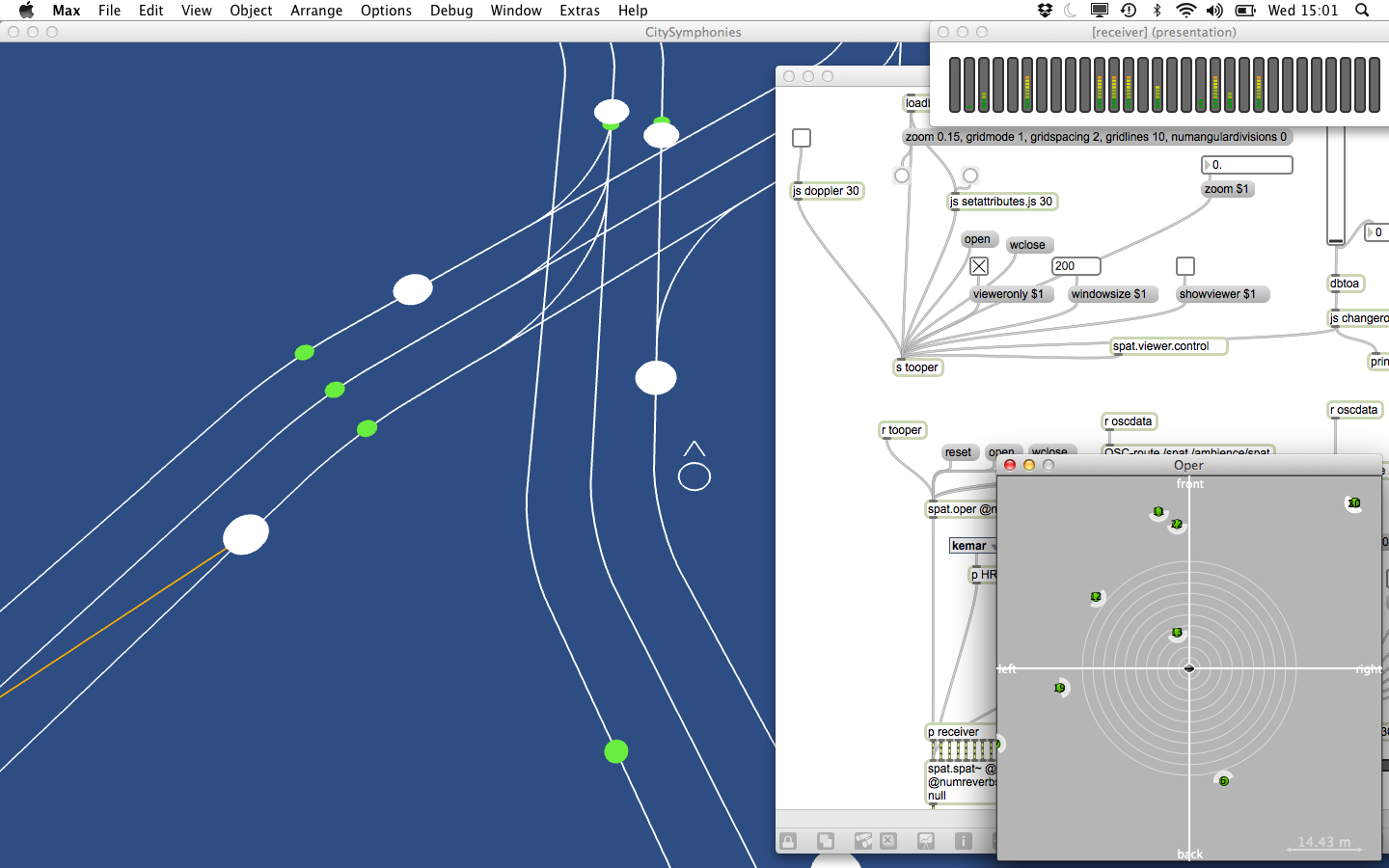 Traffic simulation and animation programmed in Processing talks to the sound engine built in MaxMSP. Each car is synthesised separately then processed through binaural spatialisation to create the street soundscape. 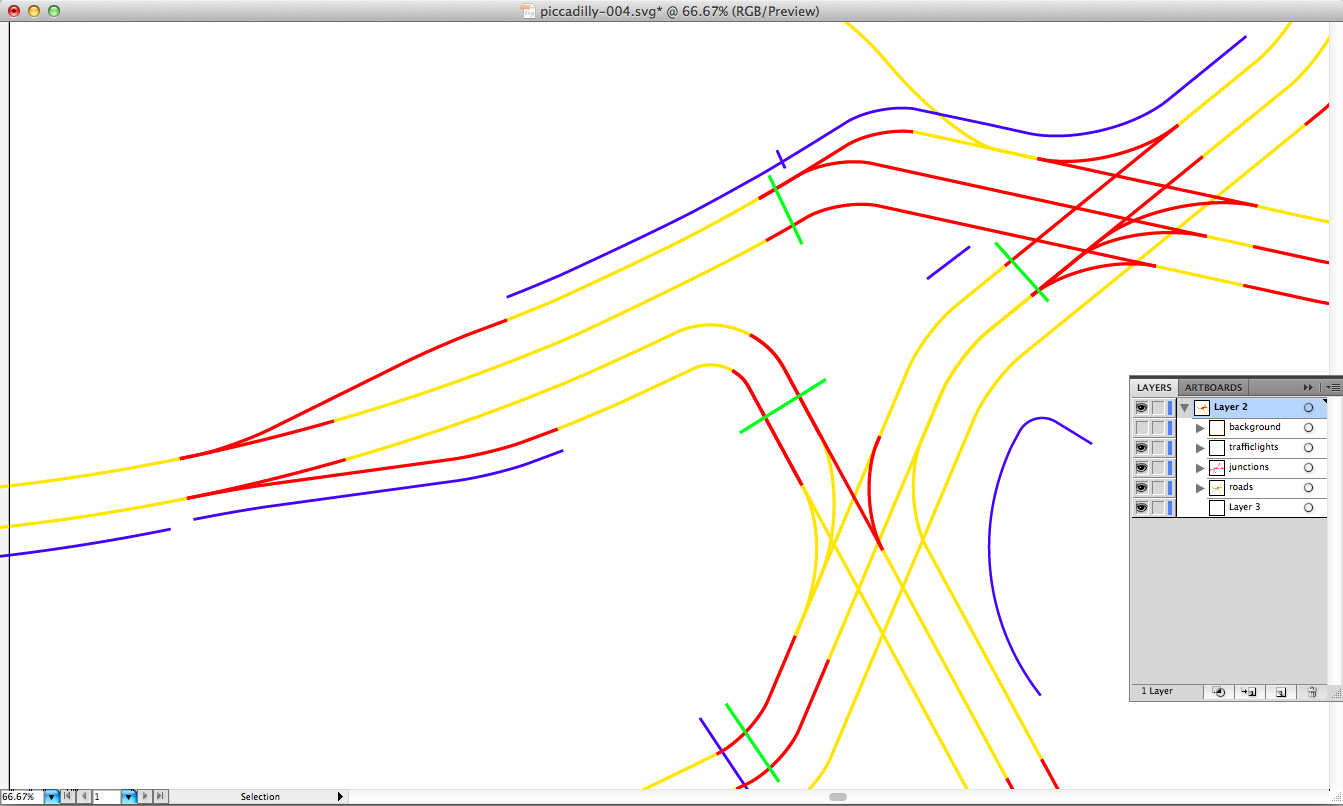 Vector road paths are drawn based on satellite imagery then imported into traffic simulator.